Latest news
Ultimate Visitor Guide to Expo 2020 Dubai
150+ amazing places to visit in Dubai in 2021
Best places to stay in Dubai: 2021 guide to Dubai accommodation for all budgets
80+ exciting Dubai activities for kids in 2021
Where to find the best bars at Expo 2020 Dubai
Best Dubai Mall Restaurants with Spectacular Fountain Views – Winter 2021/22
20+ Fun Things to do in Dubai with Toddlers
All About Tourism and Permanent Stays in Dubai
La Perle, Really Dubai’s No.1 Show?
Can you visit the Burj Al Arab? Inside Dubai’s most exclusive hotel
Free entry to Expo 2020 Dubai; Are you eligible?
21 Fun Things to Do in Dubai With Teens
30+ incredible places to visit in Dubai for free 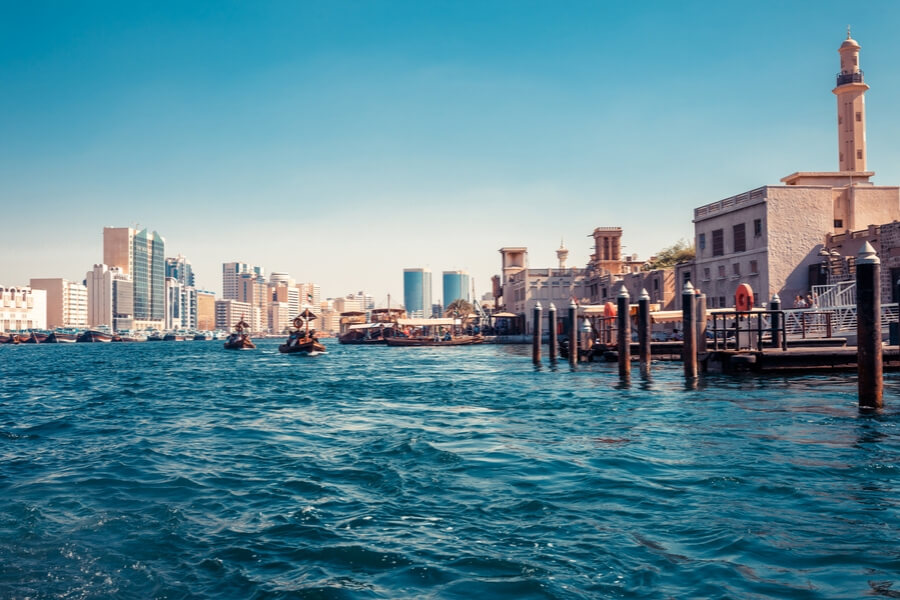 What to expect when visiting Dubai in February

Dubai’s mild winter does not last long and by month-end temperatures very much start shifting from mild to warm, albeit you can also potentially experience rain and thunderstorms on an odd day in February.

February in Dubai has historically ranged from average minimum temperatures of 15.6°C/60°F overnight, through to some extreme day time highs of 37.5°C/99°F.

It is the coldest time of the year in the water, so most hotels will have pool heaters on and it may feel a bit too cool for a dip in the ocean. Many water parks and hotels use this time of year for annual swimming pool maintenance. If this is an important part of your trip to Dubai, do check ahead for planned closures.

For more on what’s happening in Dubai in February, check out this page.

Other weather patterns that are common in Dubai in February

Fog is still a common occurrence in February as the air temperatures are cool and the atmosphere is clear, condensation forms resulting in low lying fog, which normally burns off by mid-morning, though can take longer inland and into the desert.

The fog can make for some magical photos in amongst the highrises of Dubai (The Burj Khalifa morning sessions At The Top are popular for this reason!), but can also cause traffic chaos.

Fog can also be followed by dust, blown in by winds from the south and the Empty Quarter. A “perfect storm” can result in a fine layer of dust forming which then becomes muddy as the night fog rolls in again the following day! It can be a losing battle keeping things clean this time of year!

It’s not unusual to experience winter rain showers too in February – 22mm falls in February on average. Packing an umbrella is probably an unnecessary extra item of luggage. If you’re unfortunate enough to be caught in the rain you may be able to borrow one from your hotel, sit it out to the rain stops or buy one!

Both fog and rainstorms can cause havoc with transport and the airport, do bear in mind what impact this might have on your onward travel. Though it’s rare, major airport disruptions can occur at DXB because of the winter weather – as mild as it might seem.

What should I pack for February in Dubai?

It’s probably going to be cool enough that you will want some longer trousers and jeans, and a sweater or pullover in the evenings, particularly if you are headed into the desert. Buildings inside can be heavily airconditioned year-round.

Day times, like any time of year in Dubai in the direct sun you will want hat, sunscreen and sunglasses.

You can read more about what to pack in February for Dubai here.

All About Tourism and Permanent Stays in Dubai

30+ incredible places to visit in Dubai for...

October in Dubai – Warm days ahead and...